With the ‘OpenBuildings Designer Essentials Package’ from Cadventure you have everything you need to get your projects off the ground.
OpenBuildings Designer (formerly AECOsim Building Designer) provides building information modelling (BIM) advancements so you can deliver projects faster and with greater confidence – confidence in your design, workflow, capabilities, and deliverables.
In a single environment, OpenBuildings Designer covers all stages of design, from early conceptual sketches and computational design, through to production information, clash co-ordination, and visualisation, providing a robust platform to help you confidently deliver both traditional CAD and data rich BIM projects.
Moving to a better technology solution offers you the opportunity to increase your productivity and cost efficiencies – and with the ‘OpenBuildings Designer Essentials Package’ from Cadventure, you will receive not only industry leading software, but also a ‘Workspace to GO’ configuration that provides OpenBuildings Designer with suitable resources for the latest BIM standards, and training or consultancy.
Everything you need to get your team up and running.

This special offer is for a limited time only – orders must be placed before 5.00pm, Monday 9th December.

Cadventure is proud to be shortlisted in this year’s awards in the category of ‘Most innovative use of Technology’.

The Westminster Business Council Awards are a celebration of business experts and leaders in Westminster today, aiming to reward and promote businesses who operate in, and support the economy of, the City of Westminster, giving them the recognition they deserve and congratulating the people behind these great achievements.

Winners will be announced on 22 October 2019 at an awards ceremony to be held at the National Liberal Club, 1 Whitehall Place.

Join the Cadventure Team  us in London on Tuesday, 1st October, 2019 for the Annual Design Day 2019 – as Vectorworks presents the powerful new workflows in Vectorworks® 2020.

Explore the future of Vectorworks while enjoying opportunities in the following areas:

• Architecture – Discover how Vectorworks supports the entire design process with 2D, 3D and BIM capabilities. We will be presenting project case studies as well as being on hand to show the latest features.

• Interior Design – Learn how to establish a client’s vision using Vectorworks, with presentation boards, immersive panoramas, photo-realistic 3D rendering and augmented reality, while also having the tools required for collaboration.

• Networking – Meet and connect with over 250 of your industry peers, over lunch and through casual networking opportunities. Key personnel from Vectorworks in the USA and UK will be on hand to discuss any questions that you may have.

Don’t wait— book your place now for an event guaranteed to inspire your future designs!

Cadventure is delighted to announce that we are now the new training delivery partner for Digital Node in the UK.

As a leading solutions provider to the European AEC Industry, Cadventure offers products and services to enable projects within the built environment to achieve their maximum value by working with and supporting clients across the whole of the supply chain.

Cadventure has a reputation for delivering first class BIM and digital construction training to some of the UK’s leading businesses.

Founded in 2013, Digital Node has grown into a global business, with offices in the UK and Australia. The business works with clients across multiple continents to help them realise the potential of using BIM processes to deliver their projects.

Elaine Lewis, Managing Director for Cadventure said: “We have known the team at Digital Node for many years now, and this partnership signifies how two organisations, which have the reach and influence across our industry, can work together to help support construction professionals and create interesting and rewarding places to work. As Cadventure strives to deliver the best possible solutions to our customers, it is a pleasure to be working with Digital Node in delivering such valuable training.”

Rebecca De Cicco, Founder and Director of Digital Node, added: “The aim of this new partnership is to help businesses in the UK develop and maintain a highly skilled workforce. The expertise Cadventure brings strengthens our training programmes. It’s an exciting time for us, as we expand further and offer more training opportunities.”

The first set of training in collaboration with Cadventure will be a series of workshops on the ISO 19650 standard.

With reality modelling, you can add real-world digital context to your infrastructure projects.

We will show you how to streamline capture-to-model workflows, eliminate time-consuming translations, and accelerate image and point-cloud data performance to provide precise digital context for design, construction, and operations decisions.

You are also invited to bring along your own data for a hands-on opportunity to explore examples of seamless workflows (test files will be available). 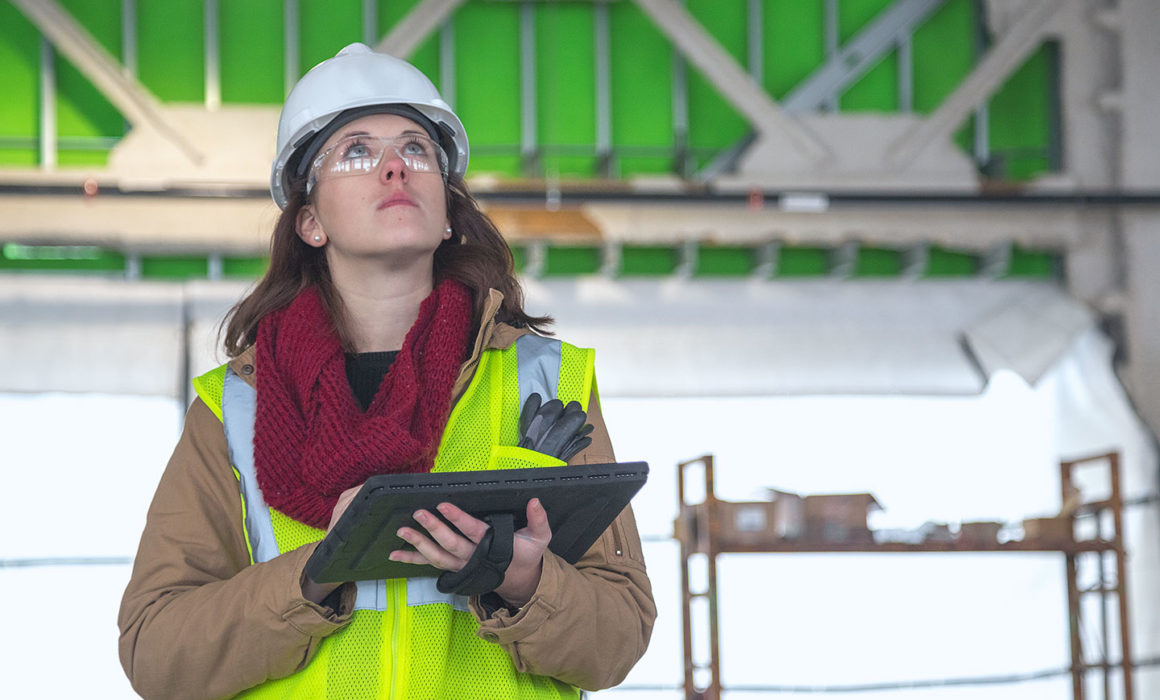 Bluebeam will be hosting a free webinar entitled Getting Started with Revu on 12th July at 11.00am.

The webinar will showcase the basics of Bluebeam® Revu®, Bluebeam’s PDF-based solution for digitizing workflows. This free one-hour training opportunity will begin with an in-depth introduction into the Revu interface, then cover how to create markups, take measurements and leverage the Markups List throughout your construction project.

Register your place for the webinar HERE

After registering, you will receive a confirmation email containing information about joining the webinar. 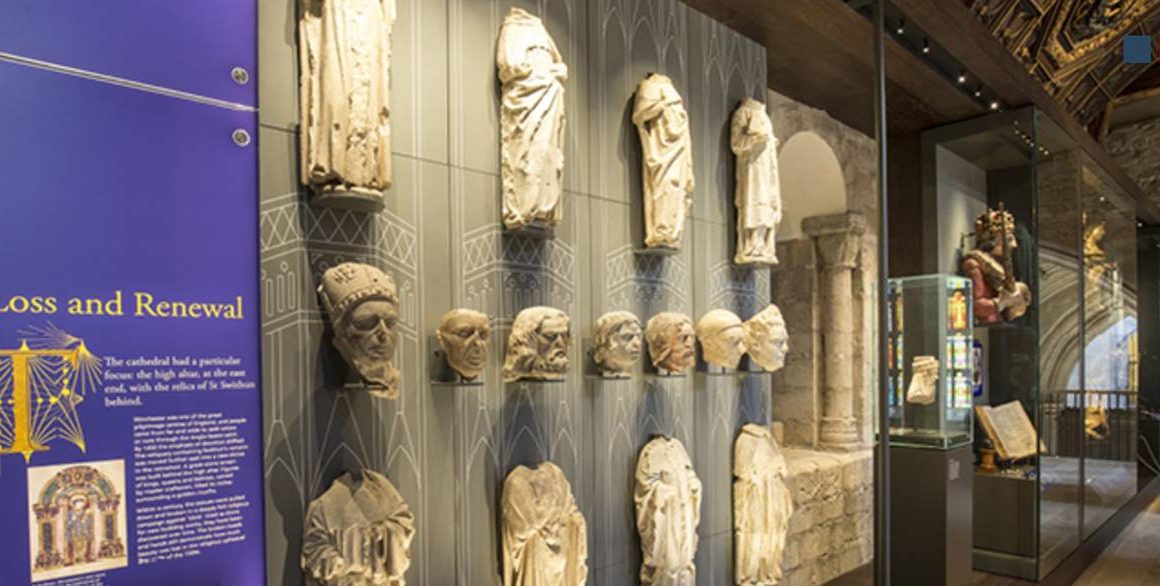 It has long been believed that the six mortuary chests at the Cathedral contained the mortal remains of pre-Conquest kings and bishops, but for many years this has merely been the subject of speculation. The bones had been co-mingled over the centuries, and it was clear that the chests did not contain whole skeletons.

The conservation of the mortuary chests, which began in 2012, provided an opportunity for the scientific analysis of the contents for the first time.

A major development in 2015 revealed that the bones were from the late Anglo-Saxon and early Norman periods, thanks to radiocarbon (C14) dating on selected fragments by the Radiocarbon Accelerator Unit at the University of Oxford. These findings confirmed that the bones date from the same periods as the names on the chests – which include eight kings, two bishops and one queen – rather than being the result of later activity within the Cathedral.

Working in the Lady Chapel at Winchester Cathedral (which became a temporary laboratory), the researchers reassembled over 1,300 human bones with the aim of restoring the identity of the unknown royals. Each bone has been carefully measured and recorded, and at least 23 partial skeletons have been reconstructed: a remarkable finding in itself, since it was originally believed that the mortuary chests contained the remains of no more than fifteen people.

The ability to identify the sex, age and physical characteristics of these individuals has resulted in some exciting discoveries, including the remains of a mature female dispersed within several chests. It is believed these bodily remains are those of Queen Emma, daughter of Richard I, Duke of Normandy, and the wife of two successive Kings of England: Ethelred and Cnut. She was the mother of King Edward the Confessor and King Harthacnut.

Queen Emma was a powerful political figure in late Saxon England, and her family ties provided William the Conqueror with a measure of justification for his claim to the English throne.

The conservation team approached Cadventure for our assistance in the replication the bones for Winchester Cathedral’s landmark National Lottery-funded exhibition, Kings and Scribes: The Birth of a Nation.

To begin the process of 3D printing the existing bones of the female skeleton, first the bones were scanned to create a model from which we could then 3D print using a layering production process. We then brought the digital form to life in its now physical form to produce authentic replicas of real bone.

These replica bones are now laid out as a key part of the exhibition which went on display in May this year.

We expect more exciting developments as the investigation to identify all of the individuals in the chests continues: these discoveries could make Winchester Cathedral the first formal royal mausoleum. 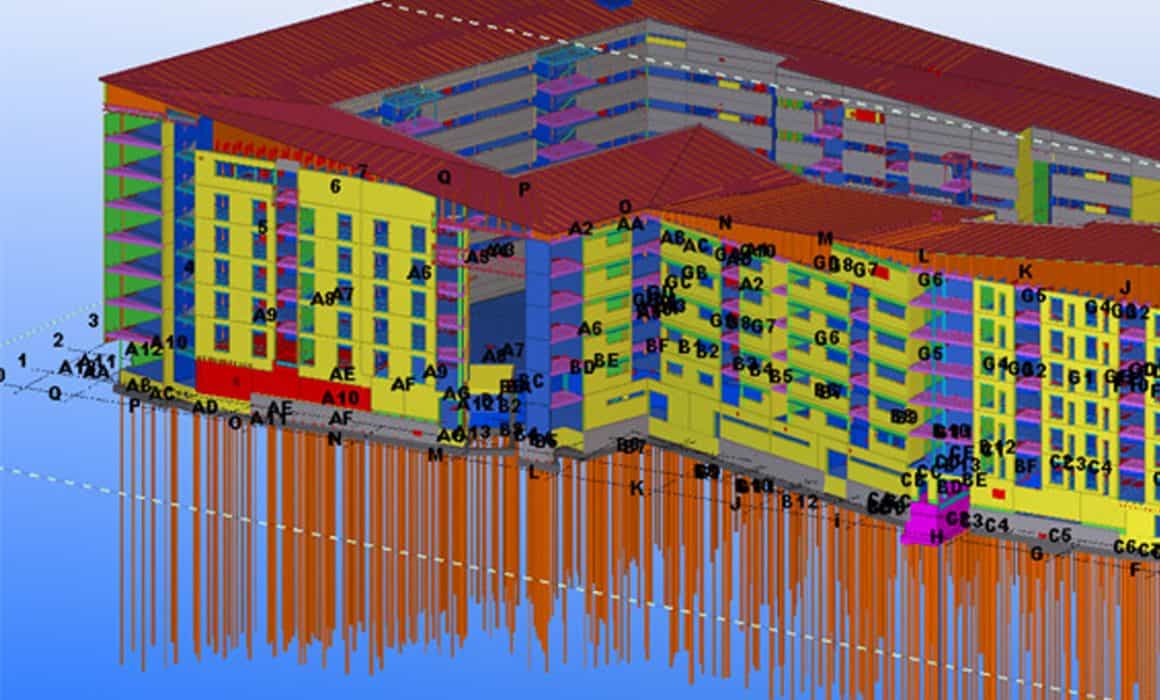 Cadventure is proud to announce that we are adding the Solibri range of solutions to our software and services portfolio. Appointed as one of their Gold partners, we will be covering the whole of the UK and Ireland.

Solibri is a leader in BIM Quality Assurance and Quality Control solution and was voted ‘Company of the Year’ in the Construction Computing Awards 2018.

Cadventure’s Managing Director, Elaine Lewis, commented: “We are pleased to forge an exciting new relationship with Solibri and to include Solibri Model Checker among our leading technology portfolio. We know that our customers are constantly seeking the latest technology and tools to deliver against their high standards and evolving needs. In addition to this new product, we deliver a range of training and consultancy services for customers to get the very best out of their applications.’

Harry O’Neill, Strategic Business Manager, UK & Ireland said: “Cadventure is the ideal partner for us in the UK. Their reputation in the industry demonstrates that they work hard to deliver best-fit technology to their clients, and their strong relationships with customers shows that they are a trusted and valuable supplier.” 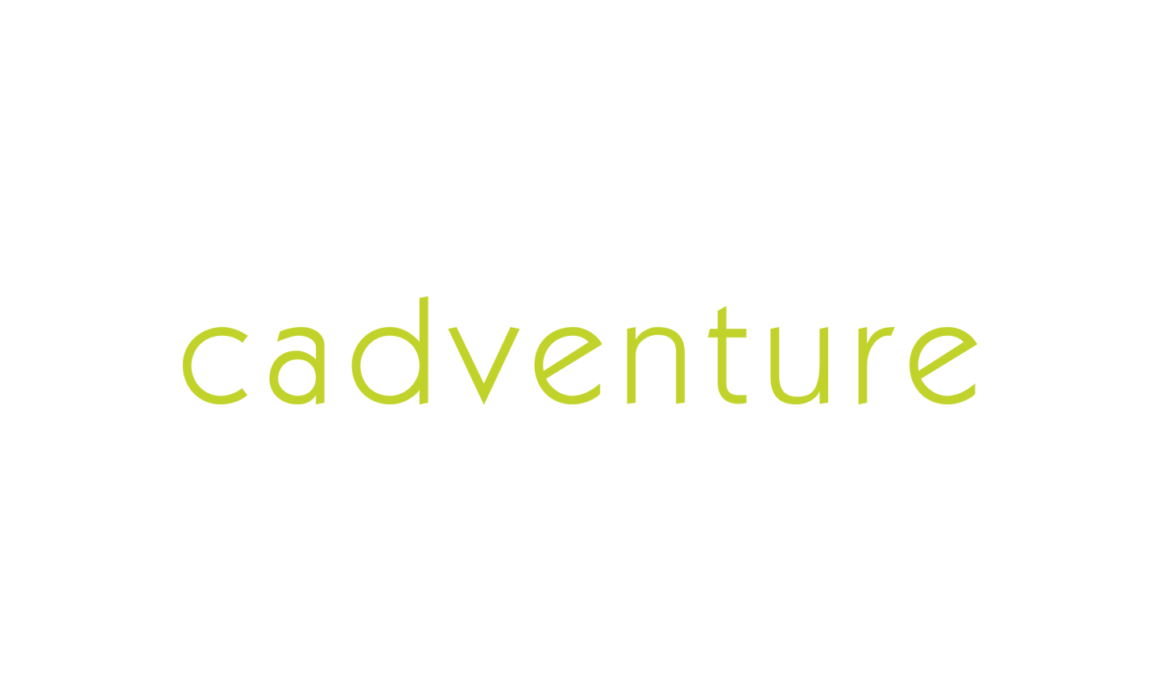 Cadventure is pleased to announce the appointment of John Conway as Sales Director. 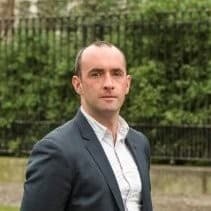 John is responsible for the strategic leadership of the sales and business development teams. He will play a key role in Cadventure’s overall growth strategy.

John has extensive experience in the AEC industry, having held senior sales and consultancy roles in the UK, Ireland, Canada, and Australia. He joins the Cadventure senior management team from Bentley Systems Inc, where his responsibilities included management of sales across Europe and Scandinavia.

Cadventure’s Managing Director, Elaine Lewis, said John’s appointment underlines the company’s commitment to developing and enhancing its products and client offerings. Elaine said: “I am truly delighted by John’s appointment. It signals Cadventure’s ambitious growth plans. John brings with him a wealth of sales, consultancy and management experience. I look forward to the important contribution and new ideas that John will bring to the business.”

John said: “I am really looking forward to working with a great team. I have joined the business at a very exciting time of expansion and development. Elaine and her team have built a business over the past 30 years that has an enviable reputation for innovation, insight and strong customer relationships.” 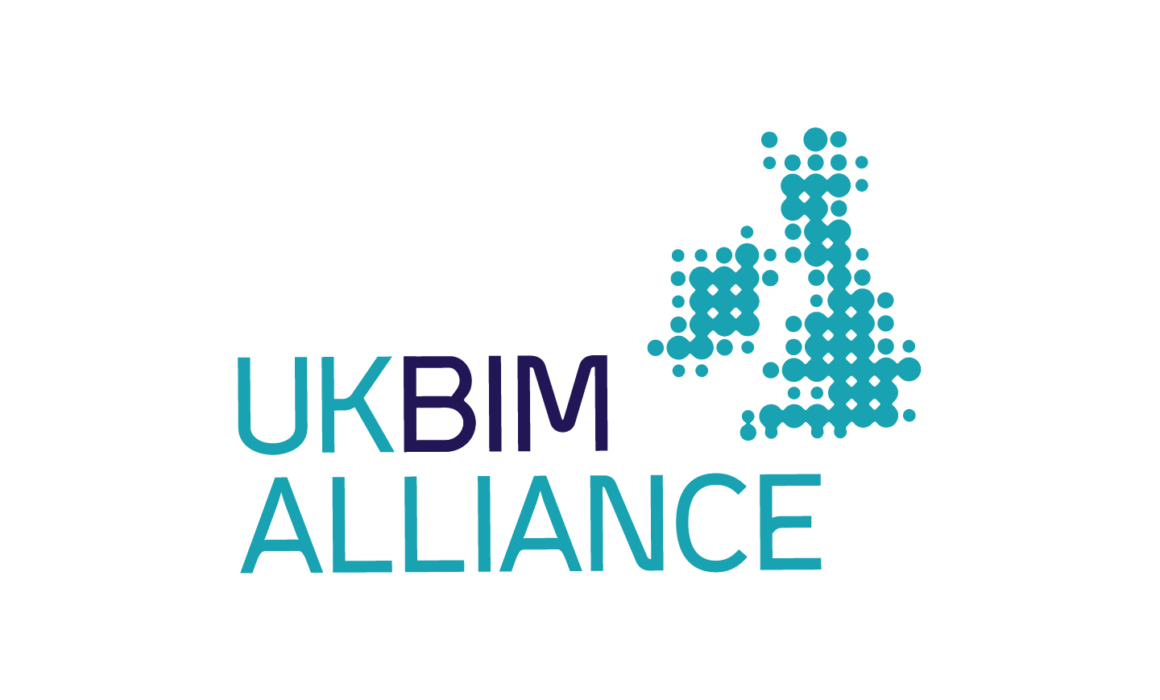 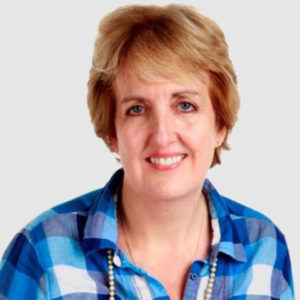 “I am passionate about digital transformation and implementing BIM in a planned, measured and cost-effective way.” Elaine is delighted to be invited to join the UK BIM Alliance as Non-Executive Director. “The aim of the Alliance is to drive digital transformation of the Industry which is something I can get behind and support every step of the way. I look forward to working with the team.”

Dr Anne Kemp, Chair of the UK BIM Alliance welcomes Elaine. “With Elaine’s strong commercial background, backed by a Degree in Economics, an MBA and over 20 years of experience in the Built Environment, she has all the skills required of an NED. We look forward to Elaine sharing her knowledge and passion in challenging our thinking, and supporting our goals.”

As Managing Director of Cadventure, a Bentley Systems and Vectorworks key partner, Elaine leads a talented and committed team of industry experts providing software and professional services for Architects and Engineers in the UK.

Elaine has operated in this sector since 1997 and enjoys long term relationships with many clients and suppliers. She works alongside her husband, Paul who founded the family business 30 years ago and runs Cadventure’s 3D Technology Division.